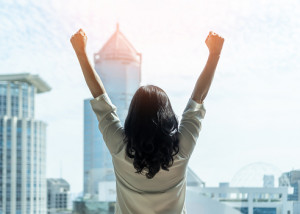 If you are a football fan, you have probably heard about the Buffalo Bills vs. Kansas City Chiefs mind-blowing playoff game. In my opinion, this was one of the best playoff games in the history of football, (well, since I have been watching football).

This game, for Buffalo, was highly emotional and super important. The Buffalo Bills and fans have been to the Super Bowl four times and have lost each time. This game, after waiting so many years, would have finally put us in the winner’s circle.

We were down in the fourth quarter, but Josh Allen, our quarterback, threw two amazing touchdowns. With the second touchdown, we started celebrating because there were only 13 seconds left in the game. My brother yelled, “We did it.”  I posted on Facebook, “God deserves all the glory.”

And then it happened…

In a 13 second miracle, the Chiefs came back and ultimately won this playoff game. You could have cut the raw emotion in the room, not with a knife, but with a sword; it was just that thick. After gathering myself together, I thought, “Oh no; I should have waited to post, “God deserves all the glory.” But the very second, I had that thought, the very next second, I was checked in my spirit by another thought. “No matter the outcome, God always deserves the glory.”  So, I left the Facebook post up.

Likewise, you might not have achieved your ultimate goal or gotten an answer to your big prayer yet. But, while you are waiting, give God the glory. Sometimes, while waiting, it becomes discouraging because our natural eyes can’t see when the breakthrough will come, and it gets hard to keep the faith strong.

When glory is given, even during the wait, God looks at it as the pre-party that gets Him excited before He drops the blessing. Don’t you want to get God excited?

We must remember, even though we do not see the full vision in the physical yet, the process we go through will work together for His glory and our good. Often, it is not just the destination that matters, but also the faith and attitude in between the praying and the blessing. So, while we’re playing what seems to be one of the biggest games of our lives, and the outcome isn’t what we hoped it would be, praise God each day in between, because regardless, God deserves the glory!

About the Author: Morgan Williams-Bryant

MWB Ignites, LLC a leadership and empowerment consultant firm that ignites generations of Champions. We have been in business for the past 8.5 years helping many individuals and companies build sustainable plans for success.